For immediate help with domestic violence, call the police on 999. Alternatively, get advice by calling the AWARE Helpline on 1800 777 5555 (Mon – Fri, 10am – 6pm) or seek shelter at a Family Service Centre.

Domestic violence is a serious but largely hidden crime that can affect people of any age, gender, personality and stature. A 2019 poll found at least 30 percent of people in Singapore were victims of domestic violence, or knew someone who was. The same survey revealed confusion over its definition: a quarter of respondents believed that hitting a spouse only qualifies as domestic violence if it leaves a physical wound, while 30 percent did not consider verbal threats or restrainment as abuse.

The truth is that domestic violence takes many forms, from verbal threats to physical violence. It constitutes legal grounds for divorce in Singapore and can continue for years under the surface before anyone becomes aware of the problem. The potential for long-term damage is why it’s important to be aware of what it entails and how you can seek help.

What is domestic violence? 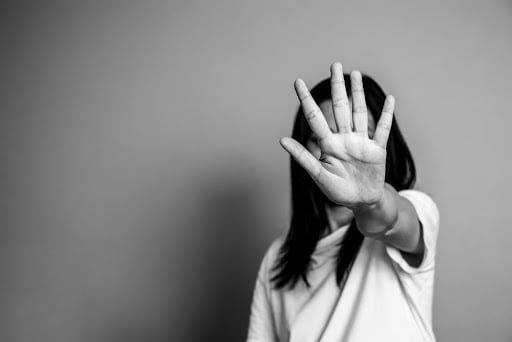 Section 64 of the Women’s Charter defines domestic violence as any of the following committed against current or former spouses, parents, siblings, parents-in-law, children (including adopted or step children), relatives and any other individual the court deems to be a family member:

Due to the prevalence, potential harm and common misconceptions around domestic violence, it’s important to understand what it entails and what to do if you are a victim.

Here, we’ll detail some of the signs to look out for if you think you may be a victim of domestic violence or in danger of becoming one.

While it’s normal for couples to disagree on occasion, it should never lead to any form of violence. If your partner is prone to throwing objects around, breaking furniture, smacking the walls or using force in any other way, this is a form of domestic violence and can quickly lead to direct attacks. Domestic abuse frequently revolves around control, and there are many ways in which your partner may try to maintain power over you. These behaviours can range from excessive and unnecessary criticism to responding to disagreement with verbal threats; they may also be inclined to turn calm arguments into shouting matches, or use intimidation to take charge of mutual decisions. Controlling behaviour is unacceptable and can be a pathway to physical violence.

Gaslighting is a form of psychological abuse where a person makes their partner doubt themselves, and frequently occurs alongside or in the build up to domestic violence. This can involve questioning the accuracy of your memories or perception of an incident, which may cause you to distrust your own views and wrongfully assume guilt for any problems within the relationship. Forcing someone to have sex without their consent is a form of sexual assault, even if the people involved are married or otherwise in a relationship. Sexual assault is a form of abuse and is not restricted to intercourse; it includes a range of associated acts such as unwanted touching or being coerced into watching pornography. It may also involve sex that is unprotected without consent, such as removing a condom without your knowledge. Sexual assault is never the fault of the victim, regardless of the circumstances.

Physical abuse is among the most serious and harmful signs of domestic violence. Hitting, kicking, punching, scratching and biting are all forms of physical abuse, even if they don’t leave any marks. Instances which do leave a mark, such as a bruise or scar, should be documented as evidence and supported by a medical report if possible. There is no justification for domestic violence and it’s important to seek help as soon as possible, especially if sexual or physical violence is involved. Contact the police on 999 for immediate assistance, or call one of these helplines for general advice.

Where immediate assistance isn’t required, you can speak with a lawyer to explore your options and find out how you can be protected from further harm. It’s important to remember that addressing the issue does not necessarily mean the relationship is over, so don’t delay seeking help for fear of losing your partner.